Join Kym and Vickie as they discuss Season 1, Episode 10 – Breakdown

” While Artie undergoes a Warehouse style performance review things go from a little haywire to seriously bad at the Warehouse.”

An old painting in the living room attached to the original Bed and Breakfast that is housed inside the Warehouse. The entire building either had to be transferred to the Warehouse or the Warehouse was built around it because the painting is unable to be removed.

Guest Cast and Items Discussed in this Episode:

Sylvia Plath’s only novel was originally published in January 1963 under the pseudonym Victoria Lucas, and became tangled up almost immediately in the drama of her suicide, to the book’s detriment among the critics. However, republished under Plath’s own name in 1966, it became a modern classic. 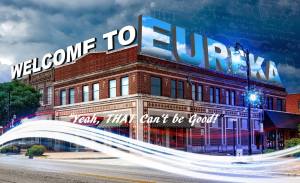